I mentioned in my last post about being a class sponsor. There are several more stories about that role but I want to share a quick one. I did not realize that we were a little better off than the elementary school I started with. At one of my first dances, I was in charge of the parking lot. I did it many times over the years and it really was kind of fun because I got to talk to the kids outside where it was quiet and peaceful. As you might imagine, there were always the typical problems. At this particular dance, I was in charge of the parking lot and glancing into cars just to be sure everything and everyone was safe. Down the last row, I happened to look into a window and I saw the top of a bottle sticking up on the seat. Because it was in plain sight and on our property we had the right to check it out. I called an administrator and our resource officer. When everyone got there we just checked the doors and the student had also forgotten to lock the door. When we had a chance we tracked down the student and brought him into the office and started the process of suspending him for 3 days. I was looking at the bottle and looked it up and discovered it was a $200 bottle of tequila. Since it was underage drinking and on the property, the resource officer had to confiscate the bottle in case it went to trial. That was when I started to feel bad because this father had lost his best tequila. To this day, I still don’t know what happened to the bottle and nobody is talking. 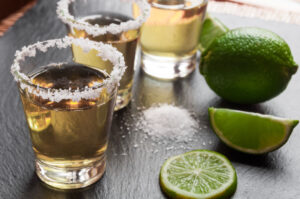