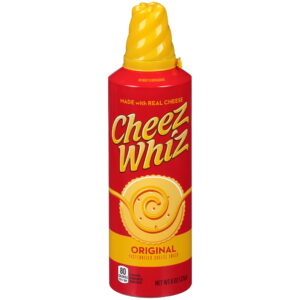 Airports became a serious matter after 9/11. Before that time you could have fun at the airport security lines without anyone going crazy. 9/11 changed that and made simple airport security much more of a serious gauntlet. Now we must know a bunch of rules and be on the right side of the law or things will be confiscated and destroyed if they do not meet the standards. One of the curious rules was no aerosol cans in carry-on luggage. I was surprised but the amount was 3.4 ounces or less. Taking our leadership kids to Disneyland was simple but we had been very specific about the rules for the kids and listed all of the TSA regulations. Imagine my surprise when we get to the airport and are going through the checkpoint and two of our kids got pulled out. As a sponsor, I stayed with them but I couldn’t imagine what they might have packed that caused such an uproar. I get over there but I couldn’t see what was in the bags and why the students were making protestations. I thought they might have something necessary in their bags. When I gently moved over and told the TSA I was their sponsor and asked what the problem was. That is when the TSA agent held up a can of Cheez-Wiz and said it was too big to bring on board. I suppressed my urge to ask how the Cheez-Wiz could be used as a weapon but just said that the TSA agent could throw them away and our kids would just have to survive. As we were flying home I did think that if they fed this in massive doses to the pilot he might have a heart attack from bad cholesterol but I didn’t think it would happen on this flight. The lesson of leaving your Cheez-Wiz at home with your other weapons is very important.