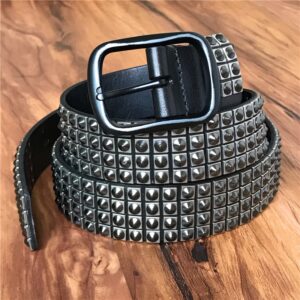 I did a story about TSA on day 87 so I might as well keep it rolling. We went to the Presidential Inauguration in 2009 and took a group of students. It was a fun time and a chance to witness history. I will write many stories about this trip later. I want to start with the rules for travel and especially going to Washington D.C. for the Inauguration. In a post-9/11 world, we all know that we have to take off our belts, shoes, and any other large pieces of metal. We stressed this to all of the students as we got ready. There is something special about the naivety of a freshman student. We were preparing our one freshman intensely because she was lacking in skills to travel across the country and in large groups. One of the biggest challenges for this freshman and others is that the rules apply to them. They are not prepared for the harsh world of going through TSA checkpoints. We are starting the process and this freshman got buzzed and had to go back and was told several times that she needed to remove metal. The second time through she removed her keys and put them in a bin. She got buzzed again and the third time she removed her shoes. She got buzzed again. The fourth time through she removed her belt. She got buzzed again and the TSA agent asked her to remove her earrings that were the size of hubcaps and about as much metal. She removed one. She got buzzed again. This time the TSA agent said specifically that she needed to remove both. She got buzzed again. Finally, she also removed a bunch of bracelets.  She finally survived the trip through the metal detector. I politely asked the TSA agent why she didn’t use the wand on the kid. She said she has to learn and that she would do it as many times as needed to learn what removing metal meant. I was just hoping that it wouldn’t be on my trip and that she could another time. And if you are wondering, she took five trips through the metal detector on the return trip. From then on I have had a long discussion with students traveling about what metal means.