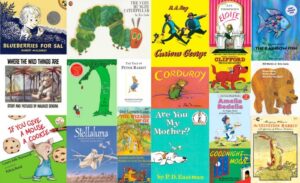 Recently I did a post about the cafeteria manager who got teddy bears for students. I want to now tell the story of the “Book Lady” that kids loved. Mrs. Truman lived down the block from Montview and had lived there for many years. She was a fixture of the neighborhood and always had time for kids. She was tireless working to get books into student hands. She felt that reading and books were the best education a student could have. She realized that many of our students didn’t have books they could call their own. She undertook the herculean task of getting a book for every student and giving them their own copy. Montview had a very large student population. We went 4 track year round because we were so large. It didn’t matter to her how many  we had, she was going to get each one their own book. All that we had to do was make a label for each student to personalize the gift. I remember hauling box after box into our cafeteria for the giveaway. We always had a few labels in case a student had moved in after the labels were printed. She insisted that each book have the name of the student inside so that they felt as if it was truly theirs.

I can’t imagine the hundreds of hours she spent gathering, separating, and labeling the books. There was nothing like the day of the giveaway for the school. I remember kids in tears because it was the first book they could call their own. Asking her several times if it was real and that they could keep the books. I also remember parents coming in because they weren’t sure either. We came into the cafeteria by grade level and she sat in her chair and passed them out. We did it right after lunch and I knew that no more work was going to be done for the day. We went back to our rooms or outside under trees and read the books. Students would pass around their books to others so that they could see what each other got. I suspect that there are still books on bookshelves in Aurora and beyond that bear her mark of her love and care for students. I can’t prove it but I know that there are kids who had their lives changed on that day every year. Another touch was that she gave the teacher a book for their classroom so that we join the fun.

I remember when I got to Montview and was told about this I was skeptical. Why would someone who’s kids were grown and out of the house do this for our kids? Then I met Mrs. Truman and instantly I found someone that did things from pure love, joy and hope for children. I also understood what it meant to be a community contributor. She was someone who felt that the community and by extension schools need support without motive, just because it was the right thing to do for others. As a result I moved into the community where I was teaching in and my daughter went through the schools in our community. I still live about six blocks from Rangeview where I teach. I also felt it was important to help and became active in city groups. The Library Board was my personal favorite. Every year I volunteered to make the labels and carry the books to the school. If you met Mrs. Truman you were invited to join her crusade and I know she had her children help often. One of my favorite memories was taking the labels to her one year and seeing the miniature village set up in her living room and listening to her talk about every building in the village. The only thing that makes her work more amazing is that she also did the same for another school in our area. Crawford Elementary was also a recipient of her efforts.  If I have a small fraction of the impact she did on our community, it will have been worth the thirty year career. Angels sometimes walk among us and Mrs. Truman qualifies. I can honestly say that I am better for having known her.