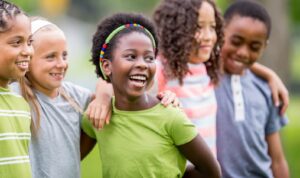 I have been blessed in my career to know some amazing and influential people. But as with anything, I also learned about the worst people can bring to our society. The most frustrating occurrence was surrounding science and getting students the tools we needed. In a time of funding problems teachers tend to try to get creative. Today there are things like GoFundMe or DonorsChoose as a way for teacher to raise money for classroom tools. I was doing a nature and water unit and wanted some portable hand-held microscopes to do field work and bring their observations into the classroom. I didn’t have any funding streams from the school or district so I was on my own. I penned a letter asking local businesses to help out. We needed $300 for a class set of thirty.If a few businesses chipped in I could match it myself or take another run at the principal and show her our efforts. I copied the letter on stationary and sent them out. In a few days I did get some checks from businesses and ultimately was able to get the set of microscopes.

Two weeks after the bulk of responses came in I got an envelope. It was from a chiropractor that had an office a few blocks away and  did thousands of dollars of advertising in the Denver media. He portrayed himself a community member and doing what he could for all people and had a strong minority clientele. I added him to the list because of these ads that I had seen for years. I opened the letter with some hope in my heart that we could get some additional tools. My hopes were dashed in the first two sentences. This man proceeded to berate the nerve I had asking for money. It was the typical rant of people who claim that their taxes already pay for more than enough. He drives through the neighborhood daily and can see the poverty that we had in the area. I was taken aback when I read that tirade. But it continued in the next paragraph that “those people” already get government assistance and they can easily afford to buy their own. He continued with the old favorite of “if they weren’t so lazy and got a job” they could buy whatever they needed.

My wife talked me out of going down the six blocks and confronting this bully. I am not sure what was more shocking, that he held those beliefs or that he would take the time and energy to write such a vitriolic letter. I think anyone with those views would just throw the letter away and forget about. He chose to make a huge statement about it. I wish I had enough money to buy an after his and just read the letter for 30 seconds so that his customers knew who they were giving their money to for treatment. Very rarely do I hold a grudge or wish ill-will on someone but in his case I have made an exception. I hope that her had a painful passing, something involving open sores and maggots. I am being factitious but in all seriousness, I don’t know how someone can be that cruel with one hand and take their money with the other.