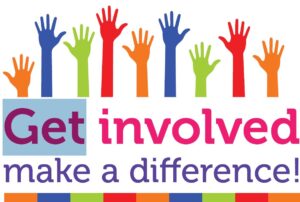 Get involved. I stress this to every new teacher. I also caution them about picking what to get involved with. Ask about time commitments and extra work. Sometimes working on school or district groups requires nothing except attending the meetings and some review work. I also think it is important to get involved at a district level in year 2 or 3.  The extra caution I give them is to spend time getting the lay of the land before getting too involved in things that might have a history. It was this involvement that made me known in the district and got me a reputation for thinking beyond my own classroom. My first step was the Long Range Facilities  Advisory Committee. This group evaluated and prioritized buildings, remodels, and general upgrades. I first got involved a couple of years before the 1998 bond election. I was a part of this committee for almost ten years and chaired the group for two. A natural extension was to be a part of the speakers’ bureau that went around to schools and community groups and give them the facts of the bond request. As district employees, we were not allowed to do anything but speak about the requests and the process of prioritizing them. After the next 2 bonds, I also served as a member of the Bond Oversight Committee. This group kept abreast of the bond spending and made sure that the taxpayers were getting their money’s worth.  This put me into every school and community in Aurora. What a great connection and was not a huge strain on my time but taught me volumes about school districts, school finance, politics, and investing.
Another early foray into the district level was being a member of the Cognitive Coaching Cadre. This group started some of the initial induction programs for new teachers in Colorado. We also studied how to mentor, coach, and support teachers and schools. One of the added pieces for this group was to serve as facilitators for schools or even outside groups. I facilitated a couple of very contentious neighborhood meetings that were not a part of our district. We offered these services to outside groups. This group was led by Kay Shaw in APS. She was the best head of professional development I have seen in my thirty years. She was kind, gracious, and driven to make APS better. She is one of the people that counseled me to get my Administrator’s License even though later I realized I like the classroom too much. It is her, Debbie Lynch, and Dave Hartenbach that makes my last few years important. The knowledge, lessons, and understanding of teaching still ring in my ear when I am doing things with new teachers. As a thirty-year veteran, I am as much a role model for them as I am for my new students. It is what keeps me trying new things and finding new resources. My wife is concerned and wants to warn people that when I retire you should sell your Amazon stock. To this day I will sit in meetings and people will mention a book or resource and I have it ordered before the meeting is over. This last week alone I was good for a new pedagogy resource and a cybersecurity resource. Amazon will plummet when I retire.
This website uses cookies to improve your experience. We'll assume you're ok with this, but you can opt-out if you wish. Cookie settingsACCEPT
Privacy & Cookies Policy